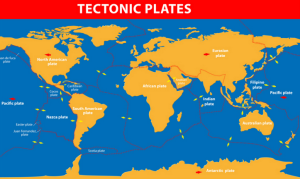 IMAGE: ON SEPT. 16 AT 03:50 UTC, THE MODIS INSTRUMENT ABOARD NASA’S AQUA SATELLITE CAPTURED THIS IMAGE OF TROPICAL STORM KROVANH IN THE WESTERN PACIFIC OCEAN – CREDIT: CREDITS: NASA GODDARD MODIS RAPID RESPONSE TEAM
The Marianas Islands in the Northwestern Pacific Ocean were in the tail of Tropical Storm Krovanh’s “comma shape” when NASA’s Aqua satellite passed overhead early on September 16.
On Sept. 16 at 03:50 UTC (Sept. 15 at 11:50 p.m. EDT) the Moderate Resolution Imaging Spectroradiometer (MODIS) instrument aboard NASA’s Aqua satellite captured a visible image of Tropical Storm Krovanh. The center of Krovanh was east of the northern Marianas Islands, while a thick band of thunderstorms that resembled the tail of a comma, stretched over the island chain.
National Weather Service (NWS) in Tiyan, Guam noted that a tropical storm watch remains in effect for Alamagan, Pagan and Agrihan in the northern Marianas Islands. Tropical storm conditions including tropical storm force winds of 39 mph or more are possible within 24 hours. For updated forecasts from the NWS in Guam, visit: http://www.prh.noaa.gov/guam/cyclone.php.
At 0900 UTC (5 a.m. EDT) on Sept. 16 the Joint Typhoon Warning Center noted that Krovanh had maximum sustained winds near 55 knots (63.3 mph/101.9 kph). It was 20.1 North latitude and 146.8 East longitude, about 391 nautical miles (480 miles) north-northeast of Andersen Air Force Base, Guam and within 115 miles of Agrihan. Krovanh has tracked west-northwestward at 13 knots (15 mph/24 kph).
The JTWC expects Krovanh to peak in intensity on Sept. 18 as it passes east of the island of Iwo To, Japan, when maximum sustained winds are forecast to reach 115 knots. Thereafter, Krovanh is expected to turn to the northeast over the open waters of the Northwestern Pacific and become extra-tropical.
Courtesy of eurekalert.org
http://tinyurl.com/q5pkrgq
September 16, 2015

Scientists have just found the world’s longest chain of volcanoes on a continent, hiding in plain sight.
The newly discovered Australian volcano chain isn’t a complete surprise, though: Geologists have long known of small, separate chains of volcanic activity on the island continent. However, new research reveals a hidden hotspot once churned beneath regions with no signs of surface volcanism, connecting these separate strings of volcanoes into one megachain.
That 1,240-mile-long (2,000 kilometers) chain of fire spanned most of eastern Australia, from Hillsborough in the north, where rainforest meets the Great Barrier Reef, to the island of Tasmania in the south.
“The track is nearly three times the length of the famous Yellowstone hotspot track on the North American continent,” Rhodri Davies, an earth scientist at Australian National University, said in a statement.
String of volcanoes
Scientists had long known that four separate tracks of past volcanic activity fringed the eastern portion of Australia, with each showing distinctive signs of past volcanic activity, from vast lava fields to fields awash in a volcanic mineral called leucitite that’s dark gray to black in color. Some of these regions were separated by hundreds of miles, leading geologists to think the areas weren’t connected.
But Davies and his colleagues suspected that the Australian volcanism had a common source: a mantle plume that melted the crust as the Australian plate inched northward over millions of years. (Whereas many volcanoes form at the boundaries of tectonic plates, where hot magma seeps up through fissures in the Earth, others form when mantle plumes, or hot jets of magma, at the boundary between the mantle and Earth’s core reach the surface.)
To bolster their hypothesis, Davis and his colleagues used the fraction of radioactive argon isotopes (versions of argon with different atomic weights) to estimate when volcanic activity first appeared in each of these regions. They combined this data with past work showing how the Australian plate had moved over the millennia. From this information, they could estimate where and when volcanism affected certain regions.
The team found that the same hotspot, likely from a mantle plume, was responsible for all of the volcanic activity crossing eastern Australia. The new volcanic chain, which the team dubbed the Cosgrove volcanic track, was formed between 9 million and 33 million years ago. (None of the volcanoes on Australia’s mainland have been active during the recent past.)
However, there are large gaps in volcanic activity on the surface of this track. To understand why, the team modeled the thickness of the lithosphere, the stiff layer that forms the upper mantle and Earth’s crust.
Plate thickness and melt
It turned out that, at certain spots along the Australian tectonic plate, the lithosphere was so thick that the mantle plume couldn’t permeate all the way through to create melting the showed up at Earth’s surface. However, at other points, the lithosphere was just barely thin enough to show the tiniest hints of magma at the surface. One of these spots is a region of northern New South Wales rich in leucitite, which contains high concentrations of potassium, thorium and uranium. Surface volcanism appeared only when the lithosphere was less than 81 miles (130 km) thick, the researchers reported today (Sept. 14) in the journal Nature.
The new finds could help scientists model how mantle plumes interact with the continental crust to create volcanism.
“Now that we know there is a direct relationship between the volume and chemical composition of magma and the thickness of the continent, we can go back and interpret the geological record better,” study co-author Ian Campbell, also an earth scientist at Australian National University, said in the statement.
Courtesy of news.yahoo.com
http://tinyurl.com/q7rdlxj
September 16, 2015