Cold waves in May, with winter characteristics, are not certain unusual, but we must say that most of them, documented at least 6/7, came in the 50/90 years. There are no traces of other cold waves of this entity in the last 30 years. Some late frosts in May there was also a few years ago for the Apennines, but it was manifested in large part with thermal drop and some night-morning frost due to the serenity of the sky, little associated cyclonic activity and also non-striking snow effects. The cold break in progress during these hours and which sees the highlight on the North Apennines, has few precedents in recent weather history and, moreover, is associated with a depression system of significant intensity and vorticity with bad weather, even intense, although circumscribed.

In the morning of today the winter cyclone has raged with rains and showers on many areas of the Po Valley, from Southeast Piedmont, Central South Lombardy, on most of Veneto, even on Liguria, Emilia Romagna, gradually spreading to Tuscany, Umbria, Marche, already with snow in the hills locally on the Ligurian hills. But from late morning and central hours a strong winter bad weather has struck in particular on Emilia Romagna with often heavy rains, especially on central northern areas, and very consistent hilly snowfall.

In the accompanying photo, the situation in the late afternoons at Prignano sulla Secchia, at 557 m above sea level, on the Modena pre-Apennines, around 20 cm and with a heavy snowfall in a purely winter atmosphere. The snow with accumulations has even reached 3/400 m and wet flakes even at 150 m on the Emilia and Romagna foothills. Hilly snow also on the Apennines and up to 50 and cm over 900/1000 m. Truly exceptional event with few precedents in the weather history of the last 60/70 years. In the coming night hours and in the course of tomorrow, the cold front will progressively move towards the Center and the South, bringing showers above all on the Apennine and Adriatic areas, also here with snow, but at a little higher altitudes, on average over 1000 / 1100 m on the Appennino Center, due to a gradual weakening of the cold food from the North. Rains and showers scattered in the South, more intense between Campania, locally Tyrrhenian Calabria and Puglia. Falling temperatures in the Center South.

#Record #May #Snowfall In #Switzerland

Areas of Switzerland saw record snowfall for the month of May overnight from Saturday into Sunday. Most snow fell in the central and eastern alpine regions, but the most dramatic records were observed in lower-lying Bern and St Gallen.

The Swiss capital of Bern woke up to four centimetres of fresh snow on Sunday morning. The previous record for the month was one centimetre in 1945.

The eastern city of St Gallen saw 19 centimetres of snow, up from the 12 centimetres recorded on May 7, 1957, according to the Swiss meteorological service MeteoSwissexternal link.

People have been advised not to take walks in wooded areas, especially in deciduous regions, as wet snow caught in trees could cause branches to fall off.

Weather forecasters have warned of further problems likely to be caused by the unseasonal cold snap next early week. MeteoSwiss forecasts sharp groundfrost in the lowlands on Monday and Tuesday.

Vineyards and the strawberry crop may be threatened by these adverse weather conditions. Two years’ ago, the Swiss fruit farming industry suffered heavy losses as a result of late frosts. Vineyards were badly hit, as were cherry, apricot and apple harvests.

However, the damage is predicted to be less severe this time around as the frost will come a few weeks later, after many trees have already blossomed.

#Historic #Arctic front moving across #Europe this weekend, May 3-6th

A very intense Arctic front is moving south across Europe this weekend and is expected to bring unusually low temperatures, snow and dangerous frost into some vulnerable areas on Sunday, Monday and Tuesday. Some areas could experience morning temperatures well below zero, which would be potentially devastating for vineyards and agriculture. Overall, very cold days are expected across much of our continent through mid next week, while it remains mild and warm across the Iberian peninsula. 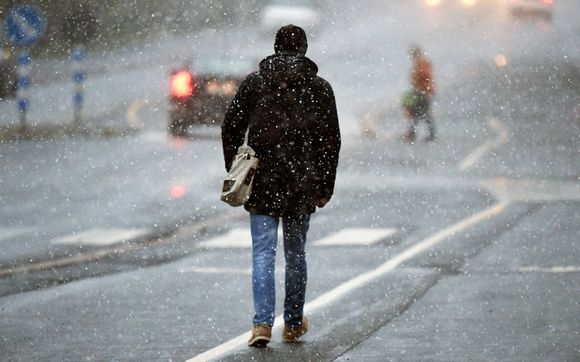 A plunge of cold air is moving north-east, bringing snow and sleet showers to central parts as well as Kainuu in the east.

On Friday, dry conditions will mostly prevail in the south and south-west as well as in Lapland, though the wind chill factor is adding to the bite of the cold weather.

Saturday will bring rain showers to the south while central areas can expect sleet.

Skies are expected to clear up nationwide on Sunday, which is when the sun will stage a comeback.

On Saturday daytime highs will range from 7 degrees Celsius in the south to 3 up north, with temperatures rising slightly on Sunday.

Driving conditions are poor in most of Finland on Friday.

VERY POWERFUL INFLUX OF ENERGY WILL STRIKE THE WEAK MAGNETOSPHERE ON 11th to 13th May 2019. FURTHER EARTHQUAKES, VOLCANO ACTIVITY AND ADVERSE WEATHER WILL BE GREATLY INFLUENCED BY THE COSMIC RAYS STRIKING THE EARTH’S CORE
**BE ALERT**