In southern China, hundreds of people have been rescued after torrential rains caused flooding. 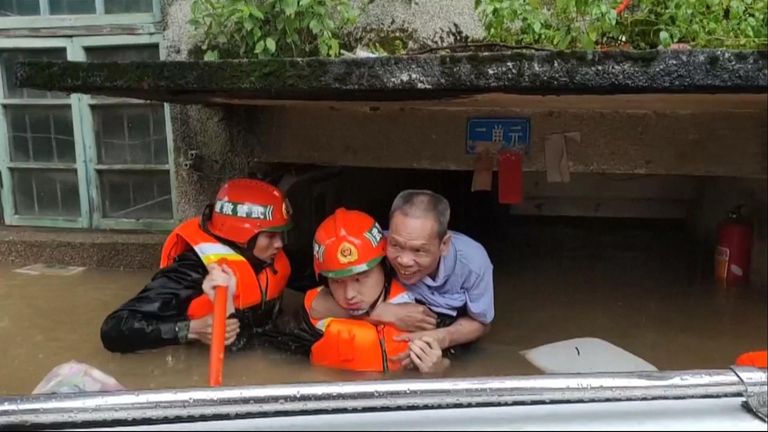 A man is rescued in Guilin City

After learning there was a patient suffering from a heart attack in the town hospital, rescuers managed to retrieve him and send him to the county hospital.

Shops and houses were flooded to the first floor as rains wreaked havoc on major roads. 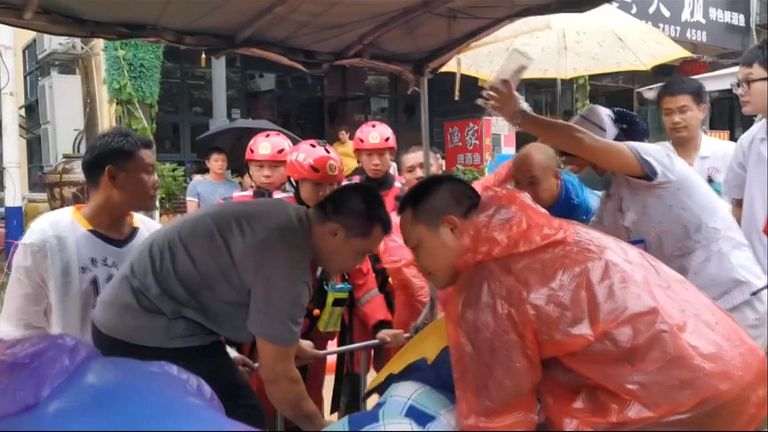 Rescuers transfer a patient in China

One local man, Qin, said: “I came to Daxu at 6.30am. The flood was as deep as 30cm and we could not pass. We waited for a long time and now the flood is more than a metre deep.”

Liao Yongjun, director of the Bureau of Transportation of the county, said: “We have been clearing up this section of the landslide since 6am. Once the rain stops, we will immediately start working to ensure people’s production and living conditions.”