VERY POWERFUL INFLUX OF ENERGY WILL STRIKE THE WEAK MAGNETOSPHERE ON 9th – 18th August 2019. FURTHER EARTHQUAKES, VOLCANO ACTIVITY AND ADVERSE WEATHER WILL BE GREATLY INFLUENCED BY THE COSMIC RAYS STRIKING THE EARTH’S CORE
**BE ALERT** 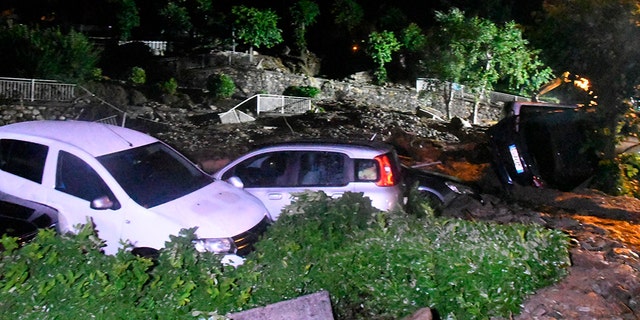 Capsized cars as seen the roads of after they were hit by a landslide in Casargo, near the Italian town of Lecco, in the early hours of Wednesday, Aug. 7. (ANSA via AP)

Around 200 people have been evacuated after a landslide hit a northern Italian town near Lake Como, overturning cars in its wake.

The town of Casargo in the Lombardy region was hit by a landslide Tuesday evening that was triggered by torrential downpours.

No casualties have been reported, but authorities continue to remove debris and wreckage from the community’s streets.

Farmers, who raise goats and cows in the region, also remain cut off due to blocked roads, agricultural lobby group Coldiretti said. 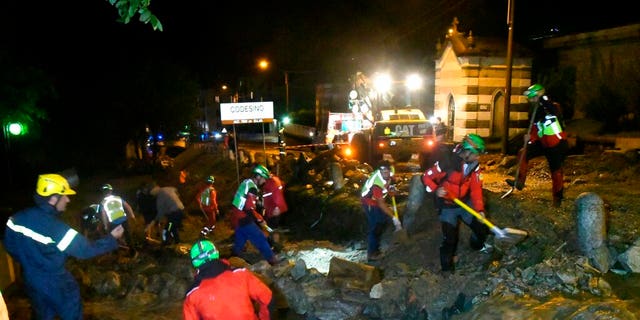 Rescuers work to clear mud from a road in Codesino, near the northern Italian town of Lecco, in the early hours of Wednesday, Aug. 7. (ANSA via AP)

The sheer force of the landslide, which turned into a torrent of mud, tore down fences and engulfed cars in its path. Officials who evacuated civilians and tourists moved people to safety in a local hotel.

“The regional offices and civil protection volunteers are working to bring the situation back to normal as soon as possible,” said Attilio Fonatana, president of the Lombardy region.

During the landslide, a nearby bridge with unmanned vehicles on it collapsed while strong winds uprooted trees, Italian newspaper La Repubblica reported.

Lombardy has been repeatedly hit with flooding and poor weather conditions in recent weeks; Italy has also endured various heatwaves and freak storms, leaving several dead and causing millions in damages to the country’s agriculture.

#Tornado Hits #NewJersey, #USA: See The #Destruction From Above #EARTHQUAKE MAGNITUDE 4.6 NEAR THE COAST OF WESTERN #TURKEY