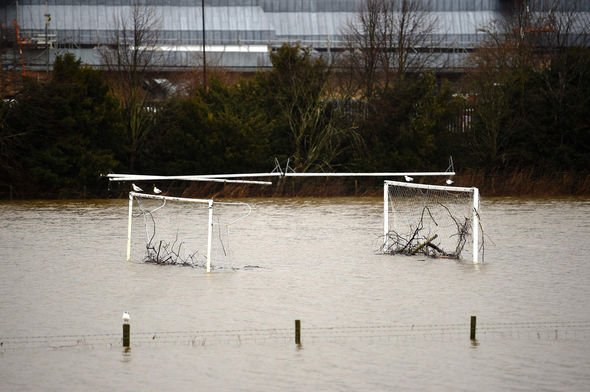 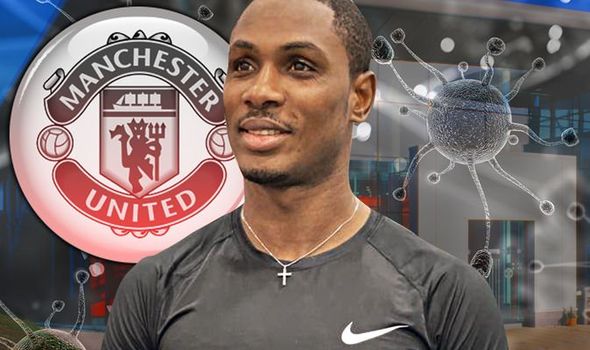 Man Utd news: Odion Ighalo has been training away from the club because of coronavirus fears (Image: GETTY/TWITTER)

New Manchester United signing Odion Ighalo joined the club on transfer deadline day but has not trained at their facilities because of coronavirus fears.

Manchester United striker Odion Ighalo has been prevented from using the club’s training ground because of a potential coronavirus risk. The former Watford man joined the Red Devils on transfer deadline day on loan from Chinese club Shanghai Shenhua.

United ordered Ighalo to train away from their complex amid health and safety concerns with the deadly virus claiming more than 1,100 lives worldwide.

The 30-year-old has been brought in with Marcus Rashford out injured and Ole Gunnar Solskjaer lacking options in attack.

Ighalo did not travel with the rest of the United squad to their training camp in Marbella during the winter break, over fears border restrictions could tighten, and he would be unable to return to the UK.

On top of that, United made the decision to bar Ighalo from the AON Training Complex, while he is still within the 14-day incubation period.

The measures are purely precautionary with the striker not travelling from Wuhan, the Chinese province where coronavirus started.

On Ighalo’s absence from the training camp, Solskjaer said: “Odion will stay in Manchester, because since he has come from China in the last 14 days, the news of the virus there means we’re not sure if he’s going to be allowed back into England if he leaves the country again.

“So he’s staying here working with a personal coach on an individual programme and his family then can settle in England as well. That’s a plus.

“Of course, he might have liked to have come with the players and got to know them, but we don’t want to take that risk [of potential border restrictions tightening].”

Ighalo has been working on a tailored training programme at the GB Taekwondo Centre in Manchester instead.

Performance coach Wayne Richardson has been putting the striker through his paces before United return to action on Monday in a crunch clash against Chelsea in the Premier League.

Nigeria international Ighalo is expected to be in the 18-man squad for the game at Stamford Bridge.

Solskjaer said: “Yeah, he is going to travel with us.

“We will just see his fitness work this week and I think we will get him sharp.

“We want to integrate him as quickly as we can because, of course, he is desperate to play for us.”

The Red Devils know defeat to Frank Lampard’s side would all but end their hopes of a top four place. 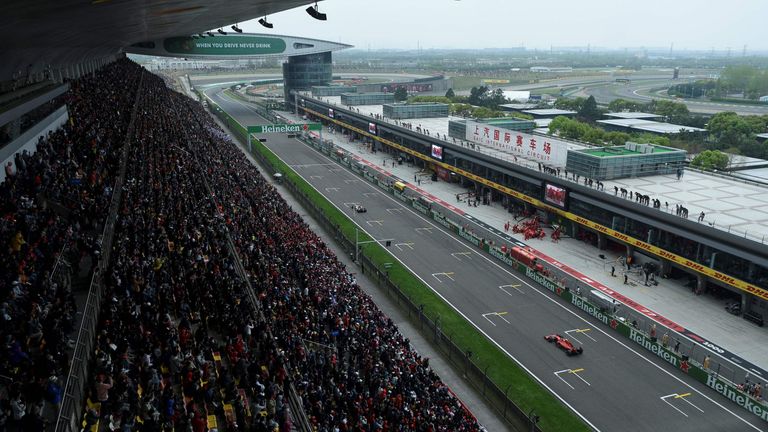 Formula One’s Chinese Grand Prix has been postponed due to coronavirus, organisers say.

Shanghai was due to host the fourth round of the Championship on 19 April.

But the disease has killed more than 1,100 people in China, and organisers said while the event is “an important part of the F1 calendar with many passionate fans”, they have decided it can no longer go ahead as planned.

The Federation Internationale de l’Automobile (FIA) said in a statement on its website that it had accepted a request from the promoter of the Chinese race to postpone the event.

“In view of the continued spread of novel coronavirus and after ongoing discussions with the Federation of Automobile and Motorcycle Sports of People’s Republic of China (CAMF) and Shanghai Administration of Sports, the Chinese Grand Prix Promoter, Juss Sports Group, has officially requested that the 2020 FIA Formula 1 Chinese Grand Prix be postponed,” it said.

“The FIA, together with the Formula 1, have jointly decided to accept this official request from the promoter and postpone the 2020 FIA Formula 1 Chinese Grand Prix, originally scheduled for 19 April.

“As a result of continued health concerns and with the World Health Organisation declaring the coronavirus as a global health emergency, the FIA and Formula 1 have taken these measures in order to ensure the health and safety of the travelling staff, championship participants and fans, which remains of primary concern.”

The FIA said it would continue to work closely with all those involved in staging the race and to monitor the situation as it develops.

“All parties will take the appropriate amount of time to study the viability of potential alternative dates for the Grand Prix later in the year should the situation improve,” it said.

“The Chinese Grand Prix has long been an important part of the F1 calendar with many passionate fans. The FIA F1 community looks forward to racing in China as soon as possible and wishes everyone in the country the best during this difficult time.”

game has been postponed due to the 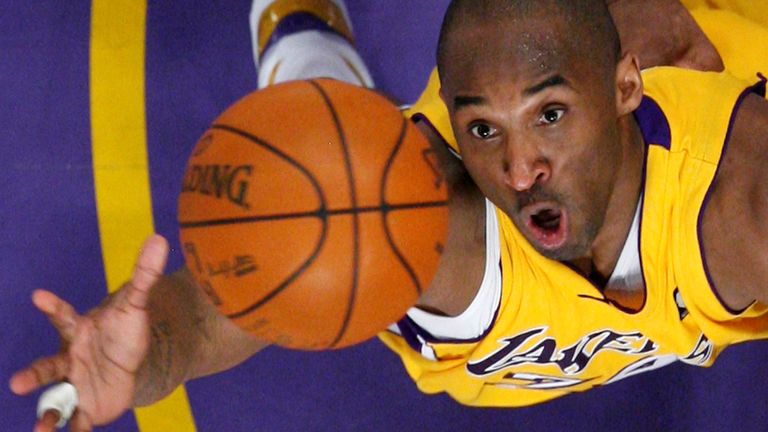 The sherriff’s department said the emergency services put out the flames of the crash site, and posted a picture of a fire truck and smoke emerging from the brush in a ravine.

A freak hailstorm has hit Exeter – despite some parts remaining sunny.

The bizarre phenomenon happened at around 2.30pm and saw hail so thick it reduced visibility.

It was so bad it even forced the Exeter Chiefs vs Sale Sharks rugby match at Sandy Park to be temporarily postponed.

A spectator at the game described it as “deafeningly loud” and “pretty intense”.

They said: “It was very heavy, tough to see other side of the ground. The noise was deafening as it hit the roof of the grandstand. It came out of nowhere.

“It started as a rain shower and with in 2-3 minutes it was very heavy hail.

“Even for Sandy Park, where conditions are very changeable, it was pretty intense.”